Dec 09 Posted by Joseph Weller in Living with Paruresis 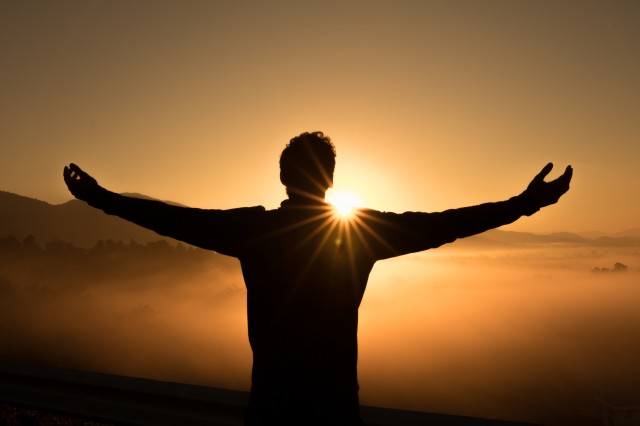 Avoidance Paruresis is the medical term for a condition known as shy bladder. This condition effects a persons ability to urinate while out socialising in public places or in many instances in the persons own home while others are present.I have lived with this condition since childhood but only recently discovered that nearly twenty million people are effected by this social/anxiety/phobia in America, four million in the UK and as yet there are no numbers for Ireland.

One of my earliest experiences of shy bladder goes back to primary school.As a shy sensitive six year old child growing up, I reluctantly attended school having to leave the safety of my mothers apron strings. My classroom was in one of the many large prefabs which were adjacent to the main school building. The bathroom was a boxed toilet this was located to the front of the classroom behind were our teacher sat.We were told that we needed to put our hand up to ask for permission to use the bathroom, but even at that young age I remember feeling embarrassed asking the teacher, this could have been caused by my shyness but was made worse by my overthinking that the other pupils were staring at me as I was walking back from the bathroom to my desk, unfortunately this didn't do a lot for my confidence.

When I started in the main school my visits to the bathroom were different than I experienced in the prefab building. There were certain times during the day allocated for toilet breaks and our class would go as a group.In military precision we were told to stand in single file and marched out the door down the long corridor to the bathroom.The bathroom had a large porcelain urinal and could facilitate up to about 8 boys peeing at a time. As the first 8 were urinating the next 8 were told to stand behind them, it was like a conveyer belt and this process would continue until every boy had finished

There was always a lot of messing in the toilet a lot of pushing shoving and pulling at each others jumpers and shirts. this made urinating more difficult for me as my body would clam up going into the fight or flight mode thinking I was under attack making it nearly impossible for me to urinate. On many occasions I returned to the classroom with a full bladder but I would try and pretend all was well. It was uncomfortable at times but easier than having the spotlight on you for asking to use the toilet again a few minutes after returning with the group. I was learning at a young age to hold my urine in until I got home, until it felt safe for me to release.

When I needed to use the loo, safety was always paramount, I remember at home our toilet was literally out the back door and situated directly to the right, a small concrete boxed toilet with window and wooden door attached to the out door main wall of the house. The toilet was freezing cold but it had a strong bolt on the door and once I locked it I felt safe inside.

As a young teenager I experimented with alcohol, my friends and I would go to an off licence and wait a few doors away from the off licence until an adult was passing by. We would ask the adult to purchase the alcohol for us while showing them our money sometimes they would say no or just walk by ignoring us, it could take some time before someone agreed, but when successful we would head back home with a big smile on our faces and up the fields with the alcohol to a quiet spot were we would not be disturbed, their we would engage in our private party.

I found alcohol helped me to be more relaxed and less anxious around my shy bladder, so growing up into adulthood my experience with alcohol developed and I began using it as a crutch but it didn't always work. On many occasions I experienced what I now know are misfires after attending a workshop with the UKPT. Misfires are not failures, but if you have experienced shy bladder syndrome you can be forgiven for thinking your body has given up on you or that there is something seriously wrong with you down below, even thinking about using the loo can be enough to cause major anxiety or panic attacks and trigger the fight or flight response in your body.

Over the next thirty five years I did seek support from the medical profession to address my shy bladder issues although I did find it an extremely embarrassing topic to talk about. I attended GP appointments and even changed GPs over the years in search of finding a solution to this social anxiety/phobia that was dictating how I was living my life.From the bars I drank in, who I socialised with, what form of public transport I used for travelling and what hotels or bed and breakfasts I stayed in for over nights, weekends away, foreign holidays, even family get-togethers and employment opportunities were all effected by shy bladder.

I remember returning home from a foreign holiday and not been able to pee in the apartment bathroom before leaving because of the cleaners talking outside waiting to access our apartment, this had a knock on effect on me, it caused my body to go into lock down mode and no matter what i did I couldn't urinate until I got home which was around six or seven hours later. I did try and use the bathrooms at the airport and on the plane but nothing happened it just wouldn't work for me, by the time I arrived home I was buckled over with pain

Most GPs I attended had little or no knowledge about avoidance paruresis the medical term used for shy bladder syndrome, they would look at me puzzled while prescribing anti-anxiety/depressant medications and referring me on to professionals in psychiatry, psychology and counselling services. I attended all my medical appointments and began exploring personal development and self empowerment workshops/courses in the private sector. I was on a mission to build my confidence and eliminate this shy bladder.

I sought appointments with psychotherapists, hypnotherapists, reiki healers, energy healers, etc, I trained In reflexology became a life coach studied thought field therapy and became an eft practitioner. I un-covered my creative side and began writing poetry and plays. My life changed I became more outgoing positive and confident in myself but yet I still struggled with shy bladder and I didn't understand why.The alcohol crutch I used to rely on to get me through functions and events no longer worked its magic, as i am older now my body struggles to absorb and tolerate the dangerous toxic chemicals in alcohol.

About eighteen months ago I had a cystoscopy carried out by a Urologist, it was my partner at the time who encouraged me to get checked out physically. We were both concerned that living with shy bladder syndrome for nearly fifty years might have damaged my bladder or other organs.You can imagine my delight when my results came back clear, this proved to me that all the personal development work I have done and continue to do has made a huge difference to my health and wellbeing. The Urologist prescribed me medication for the prostate just to see if it would help as there is no specific medication for shy bladder that I am aware off. I tried the meds for a few months they didn't work and caused dizziness so I stopped taking them. I still attend the Urologists clinic for appointments and have asked him if he knew of any shy bladder support groups that I could attend, he said no but suggested that I look into setting up my own. I said I would be interested but would like somebody professional to support me. He stated getting funding could prove to be difficult as they are struggling to fund projects that are already approved, so starting a new project in the current financial climate might prove very difficult, he did however say that he would consult with his colleagues.

I attended my first ever UKPT weekend workshop in 2018, this was a real eye opener for me, it was a breath of fresh air to be present with other men whose social lives like mine had become severely restricted or non-existent because of shy bladder. Their stories were similar to mine, I was no longer alone living with shy bladder the social anxiety that had dictated my life for so long was now been challenged and explored in a safe environment and beginning to lossen the tight grip it had on me. The workshop was amazing It was very tough, challenging, practical but rewarding. The facilitators engaged us and certainly got my attention as they explained the Amygdala in the brain and how it triggers the powerful primitive reaction for fight or flight. They talked about the level of urgency when needing to use the loo and suggested we begin measuring this on a scale of zero to ten, ten meaning we are bursting to go and cannot hold it in any longer while zero is at the opposite end of the scale. This was an interesting exercise for me, it made me aware of the way my mind has worked in relation to thinking that I needed to use the loo, when actually my tensity level might have only been a 2 or 3 at the time and when I couldn't go I would give myself a hard time over it..

It was Sunday before I noticed a shift in my ability to use the loo, I couldn't believe it. I was peeing in the urinals while others were also using the loo, this would normally be a no-no for me, It would be very stressful and push my tensity level off the richter scale, but here I was flowing freely not just once but many times during our session and without alcohol. This euphoric feeling lasted a few days and I realise now I did make progress and I definitely got a breakthrough on the weekend even if it was short lived. I am now more optimistic than ever before about taking charge of shy bladder and I do realise it could take time, commitment and hard work and even many workshops for me to eliminate this from my life, however I am also learning to be patient and with practice and positive intention I believe everything can become possible.